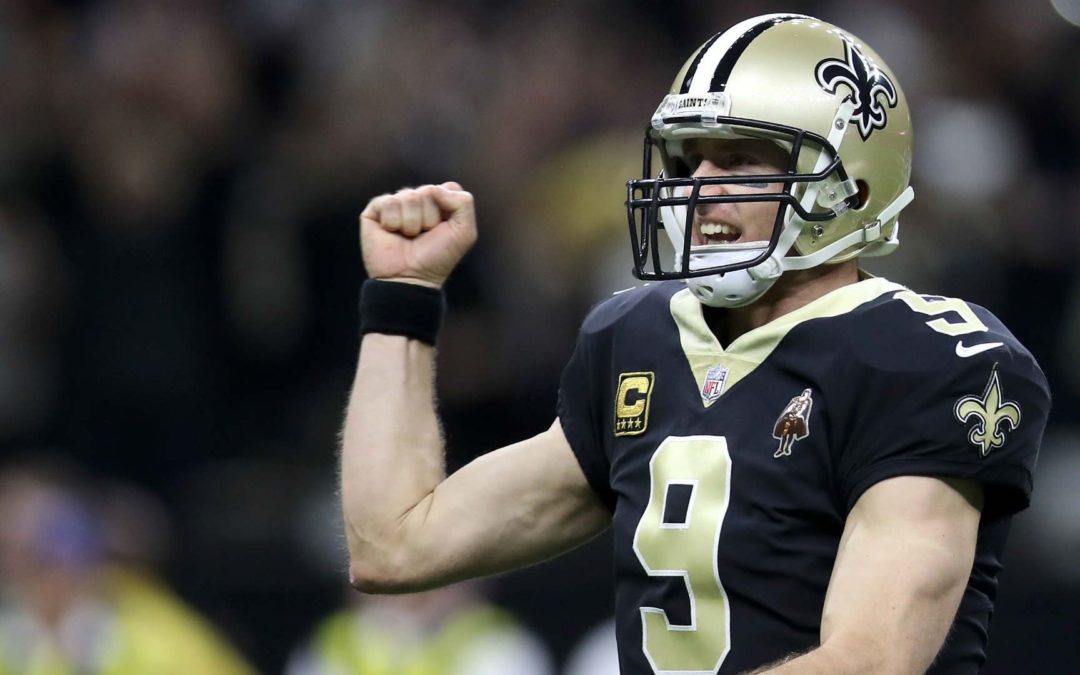 I have always been a huge Saints fan, and last night I was excited to celebrate my favorite player. Drew Brees, the Saints quarterback, broke the record for career passing yards which makes him the GOAT (Greatest Of All Time).

Not only is Drew Brees one of the best football players, but he is also a role model to all ages.  I want to share five things that I believe make him the G.O.A.T.  These five attributes can also help us be the best at what we do.

When Drew Brees retires he will own almost every meaningful statistic: most passing yards, completions and touchdowns.  We need to be productive and winners in our daily lives.  Plan out your day and set your priorities to be productive.

When Drew Brees first came to the Saints team, it was not clear if the team would remain in New Orleans.  It was right after the devastating Hurricane Katrina, and the future was uncertain.  Drew Brees was able to lead his team to victory in the Super Bowl.  Not only did he transform his team, but also the city of New Orleans.  Become transformational in your job or your life by inspiring positive change in those around you.  According to leadership expert, James MacGregor Burns, transformational leadership is seen when “leaders and followers make each other advance to a higher level of morality and motivation.”

Drew Brees overcomes adversity throughout his career.  He is small for his position and overcame an injury that should have been career ending.  Do you overcome adversity or do you wilt in times of crisis?  “The ultimate measure of a man (leader) is not where he stands in moments of comfort and convenience, but where he stands at times of challenge and controversy.” ~Martin Luther King Jr.

Drew Brees is known to have incredible character.  He is a great husband, father, friend and teammate.  What do people say about your character?  Fred Kiel conducted a seven-year study of more than 100 CEOs, their companies and 8,500 of their employees. The study results showed that leaders of strong character achieved up to five times the return on assets as did leaders of weak character.  Employees reported that these leaders had some of the following qualities:  they own mistakes, apologize, forgive, learn from mistakes and genuinely care about others.

Brees is a Force Multiplier

A force multiplier can come into an organization or a team and encourage others to be better.  Drew Brees brings out the best in others; this is called Legacy Leadership.  In your organization or home, are you making others around you better?

There are lessons to be learned from the GOAT!